JAMES E. BOND is the Dean of and Professor at the School of Law at Seattle University. He has taught constitutional law for two decades and is the author of four other books, including I Dissent, a biography of Justice James Clark McReynolds, and The Art of Judging, a critique of how judges decide cases. A brief sojourn as a civil rights worker in Mississippi in the summer of 1964 sparked his initial interest in the 14th Amendment and Reconstruction. 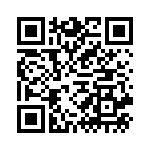