Richard Aldington, christened Edward Godfree, was born at Portsmouth, Hampshire, England, on July 8, 1892. Aldington attended preparatory schools as a child, after which he studied for four years at Dover College. He then enrolled in University College but did not complete his education there due to a sudden financial loss suffered by his father, forcing him to withdraw. For a while, Aldington was supporting himself as an assistant to a newspaper sportswriter. He also wrote reviews and essays, worked on translations, and finally began selling his own poems. He soon made friends with a group of three other young poets: Ezra Pound, Hilda Doolittle, and Harold Monro. During this period, Aldington became associated with the Imagist movement, through his association with Ezra Pound. His poetry appeared in Pound's 1914 anthology Des Imagistes and in Amy Lowell's annual anthology Some Imagist Poets. He published his first volume of poetry, Images (1910-1915), in 1915. On June 24, 1916, Aldington left for military service. He was sent to France in the winter after training. The two and a half years that Aldington spent in active duty during WWI was to become perhaps the greatest single influence on his writing for the decades to follow. His most immediate literary response to the war was his collection of poetry Images of War, published in 1919, which was followed by his first, and perhaps most well known novel, Death of a Hero. Aldington published 24 books, as editor or translator, or collections of his poems, between 1920 and 1929, including the first book of his about his friend D.H. Lawrence, D.H. Lawrence, An Indiscretion. Over the following ten years, he published several more collections of short stories, three long poems, four editions of his collected poems, miscellaneous literary journalism and wrote seven novels. In 1939, Viking offered him editorship of The Viking Book of Poetry of the English Speaking World after having published his novel Rejected Guest. Aldington sold serial rights to his memoirs to the Atlantic Monthly which were published in 1941 under the title Life for Life's Sake. After moving to Florida, Aldington began his biography of the Duke of Wellington, which was published in 1943. In 1942, Aldington took his family to Hollywood where he hoped to work as a screen writer. They stayed in Hollywood for over three years while Aldington worked as a freelance writer for the studios. He also finished The Duke, which he began in Florida, edited the Portable Oscar Wilde, and did a few translations. He published his last novel, The Romance of Casanova: A Novel, in 1946. Aldington died in France in 1962. 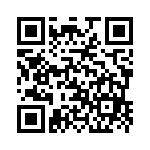