Página 11 - A NEW STAR ATLAS, for the Library, the School, and the Observatory, in Twelve Circular Maps (with Two Index Plates). Intended as a Companion to ' Webb's Celestial Objects for Common Telescopes.
Aparece en 613 libros desde 1758-2007
Página 11 - The Sun ; Ruler, Light, Fire, and Life of the Planetary System. By RA PROCTOR, BA With Plates & Woodcuts.
Aparece en 401 libros desde 1845-2007
Más
Página 14 - INSECTS AT HOME : A Popular Account of British Insects, their Structure, Habits and Transformations.
Aparece en 573 libros desde 1758-2007
Página 259 - IT is the soul that sees; the outward eyes Present the object, but the mind descries; And thence delight, disgust, or cool indiffrence rise: When minds are joyful, then we look around, And what is seen is all on fairy ground; Again they sicken, and on every view Cast their own dull and melancholy hue; Or, if...
Aparece en 134 libros desde 1803-2006
Página 28 - TREASURY OF KNOWLEDGE AND LIBRARY OF REFERENCE. Comprising an English Dictionary and Grammar, Universal Gazetteer, Classical Dictionary, Chronology, Law Dictionary, &c.
Aparece en 1017 libros desde 1758-2007
Página 14 - HOMES WITHOUT HANDS; a Description of the Habitations of Animals, classed according to their Principle of Construction.
Aparece en 1052 libros desde 1758-2008
Página 26 - The FLY-FISHER'S ENTOMOLOGY. By ALFRED RONALDS. With coloured Representations of the Natural and Artificial Insect. Sixth Edition : with 20 coloured Plates. 8vo. 14*.
Aparece en 416 libros desde 1848-2007
Página 14 - STRANGE DWELLINGS: a Description of the Habitations of Animals, abridged from ' Homes without Hands '. With 60 Illustrations.
Aparece en 787 libros desde 1849-2007
Página 18 - HANDBOOK of the STEAM ENGINE. By the same Author, forming a KEY to the Catechism of the Steam Engine, with 67 Woodcuts.
Aparece en 341 libros desde 1858-2006
Página 117 - ... whom I have repeatedly and urgently requested to look at the moon and planets through my glass, which he pertinaciously refuses to do. Why are you not here ? "What shouts of laughter we should have at this glorious folly, and to hear the Professor of Philosophy at Pisa labouring before the Grand Duke, with logical arguments, as if with magical incantations, to charm the new planets out of the sky.
Aparece en 97 libros desde 1822-2007
Menos

Born the son of a builder in Lancaster, England, William Whewell soon revealed his intellectual gifts, which opened the doors to an education at Trinity College, Cambridge University. Whewell is remembered chiefly for having been an extraordinary polymath. His earliest studies were in mathematics, with his first publications being two very successful textbooks on mechanics. In 1826 he was ordained a priest and two years later became professor of mineralogy at Trinity. In a few short years he revolutionized British crystallography with the introduction of a new system of nomenclature and taxonomy. At the same time he was writing a work on the architecture of German churches; he soon resigned the professorship to continue his architectural studies. Whewell next turned to astronomy, natural theology, and a mathematical study of the tides. In 1837 he published his History of the Inductive Sciences, which served as the foundation for his magnum opus, The Philosophy of the Inductive Sciences (1840). This work is strikingly modern in its insistence that the philosophy of science be sensitive to the history of science, but Whewell's Kantianism and the religious setting of his philosophy of science may strike the modern reader as somewhat anachronistic. Whewell's later works included a book arguing for the likelihood of extraterrestial life, translations of Plato (see also Vol. 3) and of various poets, and several works on moral philosophy, most notably the Elements of Morality Including Polity (1845). In 1838 he became professor of moral philosophy at Trinity College. He soon resigned his second professorship and in 1841 was made master of Trinity. 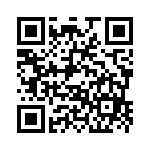