Kerry L. Lane retired from the Marines and was the owner and operator of Post Oak Farm in Spotsylvania, Virginia. 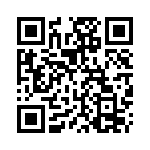