Smeaton's account of the Karen is an invaluable contribution to scholarly work on the Karen and the development of a Karen identity as a result of Christian missions. This work stands alone as the singular work on the Karen that established this people as the victims they are widely seen as today. Smeaton also establishes the notion that the Karen are virtuous and loyal. Such descriptors are also widely used today.
This work is decidedly written by a missionary and is far from objective in its rendering of the people and their culture. Smeaton, as with Wade and Vinton, is unabashed in his paternalistic portrayal of the "savage," "heathen Karen" who were saved by the arrival of the long-lost white brother.
This is much less an ethnography as an excellent exemplar of nineteenth century missionary accounts of the missionary success in saving the Karen people from both oppression and moral depravity. It also provides an excellent description of traditional Karen beliefs that foretold the arrival of white brother and the Karen monotheism prior to the arrival of Judson, Wade, board an, Vinton and other missionaries.
Smear on uses other contemporary sources to support his claims. 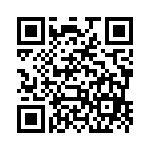