History is written by the victors. I found this to have a typical British (Yes I know he is Scottish) slant. It comes from a time and country so fervent with superiority that they planted fossil in the English countryside to prove that it was an englishman that predated Cro-Magnons of Germany and France. Rejected Relativity because Einstein was German and a Jew! I found it to have backhanded compliments. "Oh he was smart but he had the complexion of a foreigner", he wasn't really French... and Britain wasn't really French after 1066. I found reading Napoleon's letter far more illuminating than reading yet another version of history written by a brit. Incidentally, considering how many british soldier where actually at Waterloo compared to Bluchers' and the rest of the coalition I find it humorous that Wellington is recognized as the victor with little to no mention of the others as if the british fought the battle themselves with approx. 30,000 men.
Living in england I ran into that same slant of WWII.. The brits won the war... The Americans and Russians were inconsequential. Monty and the spitfire won it single handedly...
I think more contemporary works are far better. If you want to know the heart of a Frenchman, the last person on earth you should ask would be an English/Scotsman. Just my opinion.

Página 194 - On Linden, when the sun was low, All bloodless lay the untrodden snow ; And dark as winter was the flow Of Iser, rolling rapidly. But Linden saw another sight, When the drum beat at dead of night, Commanding fires of death to light The darkness of her scenery.
Aparece en 818 libros desde 1801-2008
Página 218 - O miserable Chieftain ! where and when Wilt thou find patience ? Yet die not ; do thou Wear rather in thy bonds a cheerful brow : Though fallen thyself, never to rise again, Live, and take comfort. Thou hast left behind Powers that will work for thee ; air, earth, and skies ; There's not a breathing of the common wind That will forget thee ; thou hast great allies ; Thy friends are exultations, agonies, And love, and man's unconquerable mind.
Aparece en 387 libros desde 1807-2007
Más
Página 166 - Called by the wishes of the French nation to occupy the first magistracy of the Republic, I think it proper, on entering into office, to make a direct communication of it to your Majesty.
Aparece en 71 libros desde 1795-2006
Página 230 - TO THE MEN OF KENT. \ October, 1803. VANGUARD of Liberty, ye Men of Kent, Ye Children of a Soil that doth advance Its haughty brow against the coast of France, Now is the time to prove your hardiment ! To France be words of invitation sent ! They from their Fields can see the countenance Of your fierce war, may ken the glittering lance, And hear you shouting forth your brave intent. Left single, in bold parley, Ye, of yore.
Aparece en 146 libros desde 1803-2007
Página 218 - WE had a fellow-Passenger who came From Calais with us, gaudy in array, — A Negro Woman like a Lady gay, Yet silent as a woman fearing blame; Dejected, meek...
Aparece en 38 libros desde 1807-2007
Página 57 - The Vatican, meanwhile, perceived that no time was to be lost. The Spanish resident at the Roman court was despatched to Milan; and the terms on which the holy father was to obtain a brief respite were at length arranged. Buonaparte demanded and obtained a million sterling, a hundred of the finest pictures and statues in the papal gallery, a large supply of military stores, and the cession of Ancona, Ferrara, and Bologna, with their respective domains. He next turned his attention to the grand duke...
Aparece en 15 libros desde 1830-2005
Página 44 - Hitherto," (he thus addressed his troops) "you have been fighting for barren rocks, memorable for your valor, but useless to your country ; but now your exploits equal those of the armies of Holland and the Rhine. You were utterly destitute, and you have supplied all your wants. You have gained battles without cannon, passed rivers without bridges, performed forced marches without shoes, bivouacked without strong liquors, and often without bread. None but republican phalanxes, soldiers of liberty,...
Aparece en 19 libros desde 1830-2007
Página 166 - Is there no room for accommodation ? How can the two most enlightened nations of Europe, stronger and more powerful than is necessary for their safety and independence, sacrifice commercial advantages, internal prosperity, and domestic happiness, to vain ideas of grandeur? Whence...
Aparece en 29 libros desde 1823-2006
Página 39 - Joubert, Lannes — distinguished officers, who might themselves have aspired to the chief command — felt, from the moment they began to understand his character and system, that the true road to glory would be to follow the star of Napoleon.
Aparece en 11 libros desde 1830-1881
Página 177 - ... guns were to be led down one slippery steep after another — and we may judge with what anxious care, since Napoleon himself was once contented to slide nearly a hundred yards together, seated. On the 17th, Lannes arrived at Chatillon, where he attacked and defeated a corps of 5000 Austriana — who received the onset of a French division in that quarter with about as much surprise as if an enemy had dropped on them from the clouds.
Aparece en 10 libros desde 1830-2006
Menos 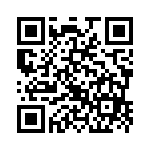