Página 36
ugly life as a sideshow and turn it over to Cirocco , but it turns out that Na -
bistaka's race , the Garubis , are far from grateful . They repay humanity in a
backwards and insulting fashion , leaving the Twenty - Nine Palms students
struggling to ...
Página
a few hours as a saleswoman in Harrods , Georgie starts a maid service , but she
turns detective after finding a drowned man in her bathtub . When her brother is
accused of the murder , she must try to clear him and the family name .
Página 28
Dailey turns her attention to the Ten Bar Ranch , near Glory , Wyo . ( pop . 51 ) ,
run by a young , laid - back widower , Luke McCallister . Still grieving over losing
his family four years earlier , Luke , who swigs whiskey to dull the pain , isn't ... 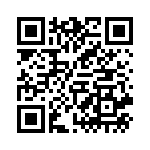