Página 272 - If we take in our hand any volume; of divinity or school metaphysics, for instance; let us ask, Does it contain any abstract reasoning concerning quantity or number'} No. Does it contain any experimental reasoning concerning matter of fact and existence? No. Commit it then to the flames: for it can contain nothing but sophistry and illusion.
Aparece en 882 libros desde 1758-2008
Página 83 - The intense view of these manifold contradictions and imperfections in human reason has so wrought upon me, and heated my brain, that I am ready to reject all belief and reasoning, and can look upon no opinion even as more probable or likely than another. Where am I, or what? From what causes do I derive my existence, and to what condition shall I return? Whose favour shall I court, and whose anger must I dread? What beings surround me? and on whom have I any influence, or who have any influence...
Aparece en 372 libros desde 1739-2008
Más
Página 83 - I dine, I play a game of backgammon, I converse, and am merry with my friends ; and when, after three or four hours...
Aparece en 424 libros desde 1739-2008
Página 170 - I hope I shall not be deterred from detecting what I think a cheat by the menaces of a ruffian. " What would you have me retract ? I thought your book an imposture ; I think it an imposture still. For this opinion I have given my reasons to the public, which I here dare you to refute.
Aparece en 238 libros desde 1791-2008
Página 411 - His person was strong and robust ; his manners rustic, not clownish — a sort of dignified plainness and simplicity, which received part of its effect, perhaps, from one's knowledge of his extraordinary talents. His features are represented in Mr. Nasmyth's picture ; but to me it conveys the idea that they are diminished, as if seen in perspective.
Aparece en 130 libros desde 1803-2007
Página 223 - Every step and every movement of the multitude, even in what are termed enlightened ages, are made with equal blindness to the future; and nations stumble upon establishments, which are indeed the result of human action, but not the execution of any human design.
Aparece en 246 libros desde 1768-2008
Menos

James Buchan is a novelist and critic. He is the author of The Persian Bride, a New York Times Notable Book, as well as Frozen Desire, an examination of money that received the Duff Cooper Prize. He has also won the Whitbread First Novel Award and the Guardian Fiction Prize. Buchan is a contributor to the New York Times Book Review and the New York Observer, and a former foreign correspondent for the Financial Times. He lives in Norfolk, England. 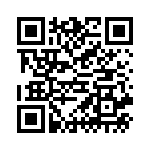