He is the 2008 Catholic Biblical Association Visiting Professor to the Pontifical Biblical Institute in Rome. 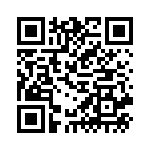