Página 36
Constitution , laws and treaties of the United States to be supreme.- 2. This
Constitution , and the Laws of the United States which shall be made in
Pursuance thereof ; and all Treaties made , or which shall be made , under the
Authority of the ...
Página 45
No person shall be a Senator or Representative in Congress , or elector of
President and Vice - President , or hold any office , civil or military , under the
United States , or under any State , who , having previously taken an oath , as a
member ...
Página 222
The United States is composed of forty - eight states , one district , and eight non -
contiguous territories and possessions . The republic originated in the rebellion
of the British Colonies of North America , Canada excepted , in 1776 , and in the
... 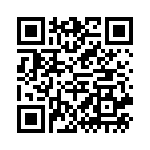