Bonds of affection: civic charity and the making of America--Winthrop, Jefferson, and Lincoln

Matthew S. Holland is an assistant professor in the Department of Political Science at Brigham Young University. 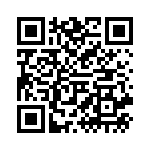