Página 6 - Therefore, in time of crisis a democratic, constitutional government must be temporarily altered to whatever degree is necessary to overcome the peril and restore normal conditions. This alteration invariably involves government of a stronger character; that is, the government will have more power and the people fewer rights.
Aparece en 17 libros desde 1926-2007
Página 121 - His Majesty, or under the authority of the Governor in Council shall be conclusive evidence that war, invasion, or insurrection, real or apprehended, exists and has existed for any period of time therein stated, and of its continuance, until by the issue of a further proclamation it is declared that the war, invasion or insurrection no longer exists.
Aparece en 29 libros desde 1914-2005
Más
Página 6 - At present, few questions of political organisation are of more immediate concern than the problem of constitutional emergency powers. "The problem itself is almost as old as the constitutional Government. . . . From ancient Rome down to the present, most constitutional states have, therefore, considered it wise to provide some regular means for the suspension of normal political procedures in the face of temporary crisis. But even though the need has...
Aparece en 6 libros desde 1939-2003
Página 76 - British government should: 1 . End its campaign of violence against the Irish people. 2. Abolish Stormont. 3. Hold free elections to establish a regional parliament for the Province of Ulster as a first step towards a new government for the thirty-two counties. 4. Release all Irish political prisoners, tried or untried, in England and Ireland. 5. Compensate all those who had suffered as a result of British violence. Still the only overt signs of IRA activity on the streets of Belfast were riots,...
Aparece en 6 libros desde 1973-2003
Página 80 - PIRA will probably continue to recruit the men it needs. They will still be able to attract enough people with leadership talent, good education and manual skills to continue to enhance their all round professionalism. The Movement will retain popular support sufficient to maintain secure bases in the traditional Republican...
Aparece en 7 libros desde 1982-2003
Página 2 - History teaches that grave threats to liberty often come in times of urgency, when constitutional rights seem too extravagant to endure.
Aparece en 35 libros desde 1957-2007
Página 45 - We may therefore now attempt to define terrorism as the deliberate creation and exploitation of fear through violence or the threat of violence in the pursuit of political change.
Aparece en 29 libros desde 1998-2008
Página 66 - The three-day and seven-day detention orders are breaking volunteers and it is the Republican Army's fault for not indoctrinating volunteers with the psychological strength to resist interrogation. Coupled with this factor which is contributing to our defeat we are burdened with an inefficient infrastructure of commands, brigades, battalions and companies. This old system with which the Brits and Branch are familiar has to be changed.
Aparece en 12 libros desde 1980-2003
Página 104 - AFFAIRS military participation was partially sequential, taking on different national institutions in a constantly escalating struggle. The sequence began with the national police, and expanded to include the press, the political parties, the broadcast media. the legislature, and the presidency, and after formal entry into politics, continued against the labor unions, the national university, and students. The success of the strategy increasingly enabled the military to achieve its principal objective,...
Aparece en 5 libros desde 1947-2003
Menos

MICHAEL FREEMAN is a scholar of terrorism, international relations, and U.S. foreign policy. He has spent several years as a political analyst for the U.S. Government and is currently an independent political risk consultant. 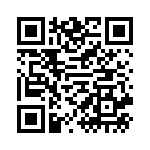