I was hoping for something more enlightening that spoke about the biblical implications behind the Constitution. Thanks any way. GBU Leer comentario completo

Jerome B. Agel is the author of The U.S. Constitution for Everyone; The U.S. Declaration of Independence for Everyone; We, the People; The Making of Kubrick's 2001; Fasting; and many more. Agel was a graduate of the University of Vermont and Columbia School of Journalism. Agel died in 2007.

Mort Gerberg is a cartoonist and author known for his cartoons in The New Yorker, Playboy, and other publications. He was voted the Best Magazine Cartoonist in 2007 and 2008 by the National Cartoonists Society. Gerberg is also an extremely respected public speaker, focusing on the subjects of creativity and positive aging. Gerberg is a contributor of Last Laughs: Cartoons About Aging, Retirement. . . and the Great Beyond, Joy in Mudville: The Big Book of Baseball Humor, Mr. Skinner's Skinny House, and more. 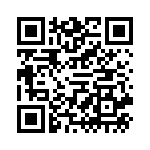