Página 25 - To think those greater who're above us. Another instance of my glory, Who live above you twice two story, And from my garret can look down On the whole street of Arlington.
Aparece en 70 libros desde 1743-1997
Página 173 - I will confess that my private affairs at the beginning of the winter had but a gloomy aspect ; for I had not plundered the public or the poor of those sums which men, who are always ready to plunder both as much as they can, have been pleased to suspect me of taking; on the contrary, by composing, instead of inflaming, the quarrels of porters and beggars (which I blush when I say hath not been universally practised), and by refusing to take a shilling from a man who most undoubtedly would not have...
Aparece en 133 libros desde 1783-2008
Más
Página 82 - ... no intention to vilify or asperse any one; for though everything is copied from the book of nature, and scarce a character or action produced which I have not taken from my own observations and experience; yet I have used the utmost care to obscure the persons by such different circumstances, degrees, and colours, that it will be impossible to guess at them with any degree of certainty...
Aparece en 60 libros desde 1806-2007
Página 102 - I marvel nothing so much as that men will gird themselves at discovering obscure beauties in an author. Certes the greatest and most pregnant beauties are ever the plainest and most evidently striking; and when two meanings of a passage can in the least balance our judgments which to prefer, I hold it matter of unquestionable certainty that neither of them is worth a farthing.
Aparece en 52 libros desde 1767-2006
Página 180 - This discovery being made by accident, we completed the best, the pleasantest, and the merriest meal, with more appetite, more real solid luxury, and more festivity, than was ever seen in an entertainment at White's.
Aparece en 43 libros desde 1806-2006
Página 66 - ... would, in my opinion, .do him very little honour; for sure it is much easier, -much less the subject of admiration, to paint a man with a nose, or any other feature, of a preposterous size, or to expose him in some absurd or monstrous attitude, than to express the affections of men on canvas. It...
Aparece en 107 libros desde 1806-2007
Página 214 - HE looked on naked Nature unashamed, And saw the Sphinx, now bestial, now divine, In change and rechange ; he nor praised nor blamed, But drew her as he saw with fearless line. Did he good service ? God must judge, not we ; Manly he was, and generous and sincere ; English in all, of genius blithely free : Who loves a Man may see his image here.
Aparece en 41 libros desde 1850-2007
Página 145 - Bathurst, t'other night, carried a servant of the latter's, who had attempted to shoot him, before Fielding ; who, to all his other vocations, has, by the grace of Mr. Lyttleton, added that of Middlesex Justice. He sent them word that he was at supper ; that they must come next morning.
Aparece en 58 libros desde 1803-2008
Página 35 - A brushing fox in yonder wood Secure to find we seek; For why, I carried, sound and good, A cartload there last week. And a hunting we will go. Away he goes, he flies the rout, Their steeds all spur and switch ; Some are thrown in, and some thrown out, And some thrown in the ditch : But a hunting we will go.
Aparece en 51 libros desde 1880-2004
Menos

Henry Austin Dobson was born on January 18, 1840 at Plymouth. He was employed in the Board of Trade from 1856-1901. He started writing original prose and verse around 1864 under the name Austin Dobson. His collections of poetry include Vignettes in Rhyme, Proverbs in Porcelain, Old-World Idylls, and Sign of the Lyre. After 1885, he wrote mostly critical and biographical prose. He wrote biographies of Henry Fielding, Thomas Bewick, Richard Steele, Oliver Goldsmith, Horace Walpole, and William Hogarth. His other works during this time include Four Frenchwomen, Eighteenth-Century Vignettes, and The Paladin of Philanthropy. He died on September 2, 1921. 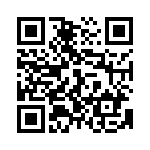