Gary Alexander Byrd is the founder of Kingdom One Ministries, based in Newburgh, New York. Mr. Byrd's education, experience, and training in both spiritual and business matters have provided him the opportunity to meet and speak with many who are seeking spiritual truth and understanding from a Biblical perspective. As an ordained Minister andnbsp;former student of New York Theological Seminary, Mr. Byrd has done extensive study and research on the Holy Scriptures and more specifically The Book of Revelation. These studies, in addition to possessing prophetic insight into spiritual matters, led him to write Keys to the Kingdom; The Year 2012; Countdown to the Apocalypse. Mr. Byrd is married to his wife of seventeen years, Janet and they have four children. In addition, Mr. Byrd is the CEO and President of Elan Management, a management consulting firm that is committed to providing a complete package of business services. Mr. Byrd's professional qualifications and background also includes serving as the Executive Pastor of Living Water Healing Ministries, in addition to possessing over twenty five years of corporate business experience, while working with companies such as CBS-TV and Pepsico. Mr. Byrd possesses a BA from Howard University and an MBA from New York Institute of Technology. 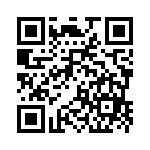