Gordon S. Wood is University Professor and Professor of History at Brown University. He is the author of many books on American history, including the Radicalism of the American Revolution, which won a Pulitzer Prize in 1992. 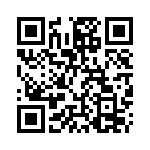