Página 248
0 of the administrative code is hereby amended to read as follows : ( 2 ) Subject
to the provisions of subdivisions h and i of this section , the landlord , because of
compelling necessity , seeks in good faith to recover possession of such ...
Página 506
11 , entitled “ Eligibility to city offices , " is hereby amended to read as follows : “
No person shall , at the same time , hold more than one city office in said city
except the mayor , who shall also be a member of the water and light commission
by ...
Página 585
New York (State). and four , such new subdivision to be numbered three - a , to
read as follows : 3 - a . To any such member of the police force who , while in the
military , naval or air force service of the United States , has become permanently
... 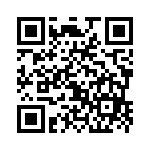