Página 2564
CHAPTER 768 * AN ACT to amend the surrogate's court act , in relation to vacancy in the office of surrogate and disability and disqualification of a surrogate Became a law April 23 , 1963 , with the approval of the Governor .
Página 2599
... six of such law , as added by a chapter of the laws of nineteen hundred sixty - three , entitled “ An act to amend ... law , in relation to the practice of chiropractic , and making an appropriation therefor , ” is hereby amended to ...
Página 2651
Such act is hereby amended by adding thereto a new section , to be section three hundred sixty - nine , to read as ... entitled “ An act to amend the family court act , in relation to procedure , enforcement of court orders , powers of ... 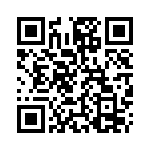