Walter Bagehot "Badgett"; 3 February 1826 - 24 March 1877) was a British businessman, essayist, Social Darwinist and journalist who wrote extensively about literature, government, and economic affairs. Bagehot was called to the bar by Lincoln's Inn, but preferred to join his father in 1852 in his family's shipping and banking business. He wrote for various periodicals, and in 1855 founded the National Review with his friend Richard Holt Hutton.[3][4] Later becoming editor-in-chief of The Economist, which had been founded by his father-in-law, James Wilson, in 1860, Bagehot expanded The Economist's reporting on the United States and on politics and is considered to have increased its influence among policymakers over the seventeen years he served as editor. In 1867, he wrote The English Constitution, a book that explored the nature of the constitution of the United Kingdom, specifically the functioning of Parliament and the British monarchy and the contrasts between British and American government. The book appeared at the same time that Parliament enacted the Reform Act of 1867, requiring Bagehot to write an extended introduction to the second edition, which appeared in 1872. The book became an instant classic, has been translated into many languages, and is still available in scholarly editions from Oxford University Press (in its "World's Classics" series) and Cambridge University Press. Bagehot also wrote Physics and Politics (1872), in which he coined the still-current expression "the cake of custom" to describe the tension between social institutions and innovations. In this book, he also expressed the fundamental ideas of the struggle school and described the historical evolution of social groups into nations. Bagehot argued that "these nations evolved principally by succeeding in conflicts with other groups." For many political scientists, sociologists, and military strategists, this strain of social Darwinism justified overseas expansion by nations (imperialism) during the 1890s. In his contributions to sociological theory within historical studies, Bagehot may be compared to his contemporary, Henry James Sumner Maine. 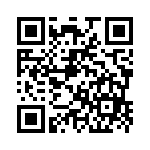