Pįgina 68 - I AM the Lord thy God, who brought thee out of the land of Egypt, and out of the house of bondage.
Aparece en 402 libros desde 1800-2008
Pįgina 113 - Ambition this shall tempt to rise, Then whirl the wretch from high, To bitter Scorn a sacrifice, And grinning Infamy. The stings of Falsehood those shall try And hard Unkindness...
Aparece en 467 libros desde 1755-2007
Mįs
Pįgina 32 - Like the vase, in which roses have once been distilled — You may break, you may shatter the vase if you will. But the scent of the roses will hang round it still.
Aparece en 831 libros desde 1814-2008
Pįgina 309 - Withhold not correction from the child : for if thou beatest him with the rod, he shall not die. Thou shalt beat him with the rod, and shalt deliver his soul from hell.
Aparece en 515 libros desde 1611-2008
Pįgina 90 - To gild refined gold, to paint the lily, To throw a perfume on the violet, To smooth the ice, or add another hue Unto the rainbow, or with taper-light To seek the beauteous eye of heaven to garnish, Is wasteful, and ridiculous excess.
Aparece en 757 libros desde 1747-2008
Pįgina 284 - If he who makes two blades of grass grow where but one grew before...
Aparece en 188 libros desde 1821-2006
Pįgina 151 - Yes, we are all there, — from the Atlantic to the Pacific, from the Lakes to the Gulf...
Aparece en 123 libros desde 1826-2008
Pįgina 19 - PILGRIMAGE TO EGYPT; embracing a Diary of Explorations on the Nile, with Observations Illustrative of the Manners, Customs, and Institutions of the People, and of the present condition of the Antiquities and Ruins.
Aparece en 92 libros desde 1821-2003
Pįgina 56 - Finally, education, alone, can conduct us to that enjoyment which is, at once, best in quality and infinite in quantity.
Aparece en 53 libros desde 1840-2004
Pįgina 76 - Oh, my Leddy, then it isna what we hae dune for oursells, but what we hae dune for others, that we think on maist pleasantly.
Aparece en 148 libros desde 1818-2008
Menos

Born in Franklin, Massachusetts, and educated at Brown University, Horace Mann is considered the founder of U.S. public education because of his pioneering educational leadership. Although trained as a lawyer, he became interested in education while he was a member of the Massachusetts legislature. As a legislator, he promoted the lyceum movement, which resulted in a series of key legislative acts that often are considered the basis for the public educational system. When the Massachusetts Board of Education was established in 1837, Mann was appointed its secretary. Under his leadership the state mandated a minimum school year, raised teachers' salaries, and allocated state funds to improve school buildings and equipment. The spread of public schools led to a need for teachers, and, in response, Mann founded the first state normal schools in the United States. From 1848 to 1853, Mann served in the U.S. House of Representatives. In 1852, he became the first president of Antioch College, a position he held until 1859. While at Antioch, he demonstrated the advantages of coeducation and did much to raise the standards of the college. Mann's ground breaking work influenced education at various levels throughout the United States. 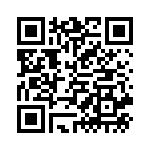