Margot Gayle Backus is an Assistant Professor of English at the University of Houston. 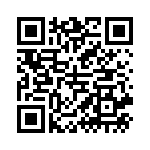