Pat Rogers is DeBartolo Professor of the Liberal Arts at the University of South Florida. He has written books on Pope, Swift, Johnson, Defoe, and Fielding, as well as general books such as The Augustan Vision (1974), and Literature and Popular Culture in Eighteenth-Century England (1985). Heis the editor of The Oxford Illustrated History of English Literature. 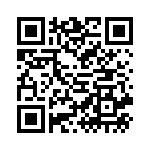