This book is largely a plagiarized abridgment of the far more complete collection by John Fairburn, originally published in 1825 in London in 3 volumes, with about 1500 poems or songs in each. Still, this Boston version contains the lyrics to about 340 poems, including a full section of United States patriotic poems not found in its precursor. Except for the added US section which opens the book, this volume doesn't include authors' names nor tunes to which the songs should be sung; even in the US section, these aren't always to be found. Also missing is the notable artwork of the London version. My particular interest is Masonic and club songs, of which I found none in this volume, though it was a full category in Fairburn's books.
Since (as of this writing, Oct.2008) only one of Fairburn's volumes is to be found in the Google Books collection (at http://books.google.com/books?id=VWQLAAAAYAAJ for vol.1), this book gives the words of some songs which might not be available elsewhere on the Internet. This volume has a more open layout than the cramped pages of the London version, and is at least free from typographical errors. It also has the songs grouped together in topical sections, unlike Fairburn's seemingly random arrangement with a topical index. The National Songs section is probably its only real strength though.

Página 73 - River where ford there was none: But ere he alighted at Netherby gate The bride had consented, the gallant came late: For a laggard in love, and a dastard in war Was to wed the fair Ellen of brave Lochinvar.
Aparece en 731 libros desde 1808-2008
Página 29 - Gave proof through the night that our flag was still there. Oh, say, does that star-spangled banner yet wave O'er the land of the free and the home of the brave? On the shore, dimly seen through the mists of the deep, Where the foe's haughty host in dread silence reposes, What is that which the breeze, o'er the towering steep, As it fitfully blows, half conceals, half discloses?
Aparece en 810 libros desde 1814-2008
Más
Página 171 - By the wolf-scaring faggot that guarded the slain, At the dead of the night a sweet vision I saw; And thrice ere the morning I dreamt it again.
Aparece en 440 libros desde 1803-2008
Página 21 - When Freedom, from her mountain height, Unfurled her standard to the air, She tore the azure robe of night, And set the stars of glory there; She mingled with its gorgeous dyes The milky baldric of the skies, And striped its pure, celestial white With streakings of the morning light; Then, from his mansion in the sun, She called her eagle bearer down, And gave into his mighty hand, The symbol of her chosen land.
Aparece en 762 libros desde 1807-2008
Página 175 - Few and short were the prayers we said, And we spoke not a word of sorrow; But we steadfastly gazed on the face that was dead, And we bitterly thought of the morrow.
Aparece en 968 libros desde 1758-2008
Página 30 - Their blood has washed out their foul footsteps' pollution. No refuge could save the hireling and slave From the terror of flight or the gloom of the grave ; And the star-spangled banner in triumph doth wave O'er the land of the free and the home of the brave.
Aparece en 593 libros desde 1814-2008
Página 268 - Mid pleasures and palaces though we may roam, Be it ever so humble, there's no place like home ; A charm from the skies seems to hallow us there, Which, seek through the world, is ne'er met with elsewhere. Home ! home ! sweet, sweet home ! There's no place like home...
Aparece en 1016 libros desde 1638-2008
Página 26 - And the heavy night hung dark The hills and waters o'er, When a band of exiles moored their bark On the wild New England shore. Not as the conqueror comes, They, the true-hearted, came; Not with the roll of the stirring drums, And the trumpet that sings of fame; Not as the flying come, In silence and in fear;— They shook the depths of the desert gloom With their hymns of lofty cheer.
Aparece en 749 libros desde 1825-2008
Página 74 - mong Graemes of the Netherby clan; Forsters...
Aparece en 712 libros desde 1808-2008
Página 75 - O' my sweet Highland Mary. How sweetly bloom'd the gay green birk , How rich the hawthorn's blossom , As underneath their fragrant shade I clasp'd her to my bosom ! The golden hours, on angel wings, Flew o'er me and my dearie; For dear to me , as light and life , Was my sweet Highland Mary. Wi' monie a vow , and lock'd embrace , Our parting was fu' tender; And , pledging aft to meet again , We tore oursels asunder; But oh!
Aparece en 445 libros desde 1804-2008
Menos 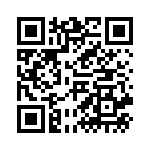