Página 192
voting thereon shall decide in favor of a convention for such purpose, the electors
of every senate district of the state, as then organized, shall elect three delegates
at the next ensuing general election, and the electors of the state voting at the ...
Página 193
Any proposed constitution or constitutional amendment which shall have been
adopted by such convention, shall be submitted to a vote of the electors of the
state at the time and in the manner provided by such convention, at an election
which ...
Página 319
For amendment to Constitution generally, submitted by the Constitutional
Convention, except those submitted separately in Amendments 2 to 9, inclusive: (
articles 1, 2, 3, 4, 5, 7, 8, 9, 10, 11, 12, 13, 14, 15, For amendment to article 3,
submitted ... 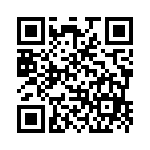