Página 128
Significantly , in light of a charge Scott would make later , among the first of his numerous orders was one to Capt . John Page , acting assistant quartermaster at Fort Mitchell , Alabama , “ to take immediate measures to purchase and ...
Página 160
In his memoirs , published many years later , he declared that Jesup , “ smitten with remorse , " had “ retracted his charge of dilatoriness , etc. The amende lacked a little in fulness , but Scott , in time , forgave .
Página 229
The injurious charge , he believed , had been caused by the omission in official documents of the president's endorsement on White's letter . He was prepared to prove , as he would have done had his request for a court of inquiry been ... 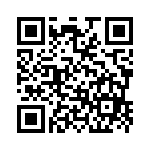