An interesting examination of the changing public image of Benjamin Franklin. Franklin was a loyal advocate of the British Crown until he became convinced that England would not treat the colonies ... Leer comentario completo

A masterpiece of historical biography. Not only does Wood provide a compelling account of Franklin's life, recreating the rich political and social context of the eighteenth century Anglo-American ... Leer comentario completo

Gordon S. Wood is the Alva O. Way University Professor and professor of history at Brown University. His 1969 book The Creation of the American Republic 1776-1787 received the Bancroft and John H. Dunning prizes, and was nominated for the National Book Award. His 1992 book The Radicalism of the American Revolution, won the Pulitzer Prize and the Emerson Prize. His 2009 book Empire of Liberty: A History of the Early Republic, 1789-1815, won the 2010 New York Historical Society Prize in American History. Wood's other books include Revolutionary Characters: What Made the Founders Different, The Purpose of the Past: Reflections on the Uses of History, The Americanization of Benjamin Franklin, and most recently, The Idea of America: Reflections on the Birth of the United States, and he contributes regularly to The New Republic and The New York Review of Books. 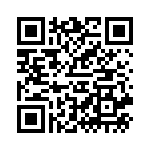