Pįgina 200 - The theory or idea or system which requires of us the sacrifice of any part of this experience, in consideration of some interest into which we cannot enter or some abstract theory we have not identified with ourselves or what is only conventional, has no real claim upon us.
Aparece en 178 libros desde 1873-2008
Pįgina 199 - To such a tremulous wisp constantly re-forming itself on the stream, to a single sharp impression, with a sense in it, a relic more or less fleeting, of such moments gone by, what is real in our life fines itself down.
Aparece en 142 libros desde 1873-2007
Mįs
Pįgina 198 - Analysis goes a step farther still, and assures us that those impressions of the individual mind to which, for each one of us, experience dwindles down, are in perpetual flight: that each of them is limited by time, and that as time is infinitely divisible, each of them is infinitely divisible also; all that is actual in it being a single moment, gone while wt try to apprehend it, of which it may ever be more truly said that it has ceased to be than that it is.
Aparece en 77 libros desde 1873-2006
Pįgina 198 - ... impressions, unstable, flickering, inconsistent, which burn and are extinguished with our consciousness of them, it contracts still further: the whole scope of observation is dwarfed into the narrow chamber of the individual mind.
Aparece en 127 libros desde 1873-2007
Pįgina 199 - A counted number of pulses only is given to us of a variegated, dramatic life. How may we see in them all that is to be seen in them by the finest senses? How shall we pass most swiftly from point to point, and be present always at the focus where the greatest number of vital forces unite in their purest energy?
Aparece en 244 libros desde 1803-2008
Pįgina 200 - While all melts under our feet, we may well catch at any exquisite passion, or any contribution to knowledge that seems by a lifted horizon to set the spirit free for a moment, or any stirring of the senses, strange dyes, strange colours, and curious odours, or work of the artist's hands, or the face of one's friend.
Aparece en 277 libros desde 1873-2007
Pįgina 196 - To regard all things and principles of things as .inconstant modes or fashions has more and more become the tendency of modern thought.
Aparece en 86 libros desde 1873-2007
Pįgina 198 - Experience, already reduced to a swarm of impressions, is ringed round for each one of us by that thick wall of personality through which no real voice has ever pierced on its way to us, or from us to that which we can only conjecture to be without. Every one of those impressions is the impression of the individual in his isolation, each mind keeping as a solitary prisoner its own dream of a world.
Aparece en 284 libros desde 1873-2007
Pįgina 200 - ... or work of the artist's hands, or the face of one's friend. Not to discriminate every moment some passionate attitude in those about us, and in the very brilliancy of their gifts some tragic dividing of forces on their ways, is, on this short day of frost and sun, to sleep before evening.
Aparece en 202 libros desde 1858-2007
Pįgina 202 - Of this wisdom, the poetic passion, the desire of beauty, the love of art for art's sake, has most; for art comes to you professing frankly to give nothing but the highest quality to your moments as they pass, and simply for those moments
Aparece en 570 libros desde 1821-2007
Menos

Walter Pater (born August4, 1839) was an Englaish essayist, critic and writer of fiction. He attended Queen's College, Oxford. His earliest work, an essay on Samuel Taylor Coleridge, appeared in 1866 in The Westminster Review; Pater soon became a regular contributor to a number of serious reviews, especially The Fortnightly, which published his essays on Leonardo da Vinci, Pico Della Mirandola, Botticelli, and the poetry of Michelangelo. All were included in his first, and perhaps most influential, book, Studies in the History of the Renaissance (1873; reissued as The Renaissance, 1877). In 1885 Pater's only novel, Marius the Epicurean, appeared. Ostensibly, Marius is a historical novel, set in the time of Marcus Aurelius and tracing the philosophical development of its young protagonist and his gradual approach to Christianity. Practically, however, Marius is more a meditation of the philosophical choices that confronted Pater, or any thinker, during the late Victorian period. In light of the work's underrealized characterizations and the lack of any but intellectual action, it is difficult to justify calling it a novel in the usual sense of the term. Yet, as a highly polished prose piece, and as an argument for an austere yet intensely experienced way of life, it holds a singular place in Victorian literature. On July 30, 1894 Pater died suddenly in his Oxford home of heart failure brought on by rheumatic fever, at the age of 54. He was buried at Holywell Cemetery, Oxford. 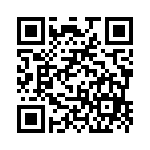