Página 137
... in all the bloom of health and strength , whom Rohan greeted with a smile and
nod . These were the Corporal's four nephews - Hoël , Gildas , Jannick , and
Alain . The Corporal stood aghast , like one who hears blasphemy against his ...
Página 268
At the upper end of the hall , before a large table on which stood the fatal ballot
box , * sat the mayor — a grim , consequential little man --with the other
magnates of the town , and an officer of the line . The mayor had a military look ,
and wore ...
Página 515
The Figure passed on and stood before the door , uplifting his hand . The door
opened and he entered in , and Rohan followed close behind . The corridors
were dark as death , but the strange shining light that ran before the Spirit's feet
made ... 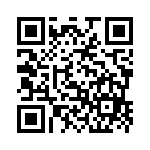