Not your usual founding father: selected readings from Benjamin Franklin

Morgan (history, emeritus, Yale;Benjamin Franklin ), the author of a long shelf of books on Colonial and revolutionary America, is not your usual academic historian. Similarly, this book is not your ... Leer comentario completo

Born in Minneapolis, Minnesota, Edmund Morgan spent most of his youth in Cambridge, Massachusetts, and was educated at the Belmont Hill School, Harvard, and the London School of Economics. He received his Ph.D. from Harvard in 1942 and three years later began his teaching career at the University of Chicago.From there he moved first to Brown University and then to Yale, where he became Sterling Professor in 1965 and emeritus in 1986. Morgan's historical writings greatly enhance our understanding of such complex aspects of the American experience as Puritanism, the Revolution, and the relationship between slavery and racism. At the same time, they captivate readers in the classroom and beyond. His work is a felicitous blend of rigorous scholarship, imaginative analysis, and graceful presentation. Although sometimes characterized as the quintessential Whig historian, in reality Morgan transcends simplistic categorization and has done more, perhaps, than any other historian to open new and creative paths of inquiry into the meaning of the early American experience. 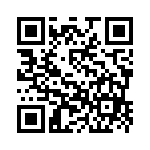