Brian MacArthur was founder editor of Today and The Times Higher Education Supplement, and editor of the Western Morning News. He was deputy editor of the Sunday Times and executive editor of The Times. He has written Surviving the Sword- Prisoners of the Japanese 1942-1945. He has been interested in the power of oratory since first hearing Aneurin Bevan on the hustings in 1956 and has edited The Penguin Book of Modern Speeches and The Penguin Book of Twentieth-Century Protest. Brian MacArthur lives in Norfolk and London and has two daughters. 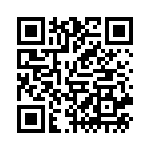