I've been struggling with molding these book reviews into a more blog friendly framework. Struggling with, and failing, in my opinion. At least it's something different, is the way I look at it. However- all that ends today with this write up of Jonathan Swift's 1704 classic "A Tale of a Tub."
You see, in 1704 the world was experiencing a proliferation of "new media" similar to what we're seeing today on the internet. Now, it's blogs; then it was pamphlets. A rise in literacy coupled with wider access to printing technology and lowered printing costs combined to create a newly democratic era of opinion. SOUND FAMILIAR?
"Tale of a Tub" is putatively a ham handed parable about a man with three sons, Peter, Martin & Jack. The man is god, his sons represent the Catholic Church, the Church of England and Protestants. Interspersed with the "story" chapters are numerous digressions, where the narrator- who is, in fact, supposed to come off as an idiot- makes numerous observations about the "culture of criticism" circa 1700 or so. You need to have some background in the era to appreciate quips about ancient vs. modern man or to chuckle out loud about the narrator's analysis of the history of criticism, but underneath the oblique references is some trenchant humor about the ease with which the newly empowered feel about venturing their (moronic) opinions about anything & everything.
In fact, it's easy to see how one might adapt this format into a similar critique of today's "snarky" blog culture. Every man and woman a critic, and every critic a know it all. In "Tale of a Tub" Swift calls' these folks stupid and it makes me wonder- where is our Jonathan Swift? 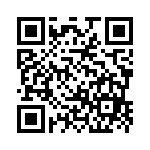