"like a wood woman" might indeed have meant "frantic" or "wild" (with grief) which Launce mentions referring to the "shoe" which he adopts for the sake of illustration. However, Shakespeare, even at his earliest writings, was vastly entertained by double entendres and his love of puns is so well documented. In that time in Italy, women wore platform shoes which were raised to elevate the shoes from the mud and other unpleasant "stuff". These were called "chopines" and the platforms were constructed of wood. The higher the platform, the higher the pretentiousness of the lady. Her height could have put her above many others. Since Launce has his father and mother represented as shoes, this second meaning is certainly not outside of the possibility for Shakespeare's intention. Naturally, it would have had the effect of a rather "localized" and "temporary" idea, but the fact of its having been very popular in that day makes it a candidate for the Bard's delight.

Página 21 - I am a Jew : Hath not a Jew eyes ? hath not a Jew hands, organs, dimensions, senses, affections, passions ? fed with the same food, hurt with the same weapons, subject to the same diseases, healed by the same means, warmed and cooled by the same winter and summer, as a Christian is ? if you prick us, do we not bleed ? if you tickle us, do we not laugh ? if you poison us, do we not die ? and if you wrong us, shall we not revenge ? if we are like you in the rest, we will resemble you in that. If a...
Aparece en 604 libros desde 1785-2008
Página 45 - Of law there can be no less acknowledged, than that her seat is the bosom of God, her voice the harmony of the world ; all things in heaven and earth do her homage, the very least as feeling her care, and the greatest as not exempted from her power...
Aparece en 470 libros desde 1774-2007
Más
Página 12 - Shylock, we would have monies', You say so; You, that did void your rheum upon my beard, And foot me, as you spurn a stranger cur Over your threshold; monies is your suit. What should I say to you? Should I not say, Hath a dog money? is it possible, A cur can lend three thousand ducats'?
Aparece en 227 libros desde 1785-2008
Página 24 - But love, first learned in a lady's eyes, Lives not alone immured in the brain; But with the motion of all elements, Courses as swift as thought in every power; And gives to every power a double power, Above their functions and their offices.
Aparece en 275 libros desde 1803-2008
Menos 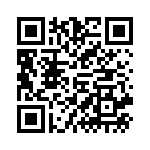