The grouping of Macaulay's essays according to the classification of Cotter Morison in his monograph on Macaulay---as English history, foreign history, literary criticism---has been followed strictly in some editions of his prose. It has been hard to live down the persistent influence of some of Macaulay's essays. His strongly biased remarks (and he was not beyond conscious misstatements) on Addison, Bacon, Byron, Dryden, Walpole, and others made and unmade reputations. Since even his basest opinions were uttered in the purest English prose, Macaulay's reputation as a scholar and a historian flourished. Trained in law, he became a member of Parliament and rose to the peerage in 1857. Although Macaulay held a number of important cabinet posts, the effects of his sweeping educational reform, while in India, are his most enduring contribution to the Whig government. 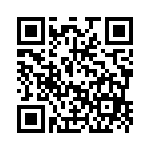