Scott Douglas Gerber is Visiting Assistant Professor of Government at the College of William and Mary. 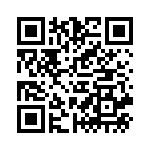