Bruce D. McKay is an biological epistemologist.   He graduated from Florida State University in Tallahassee, FL, (1967).  Ranked third in the entering class in the biological sciences, on entrance exams at FSU. His gifted intellect surfaced in 1952, after he died and was "taken up."(Wis. 4:14).  He saw The Tree of Life, the River of Life, the Promised Land, and “millions of souls under the altar” who died rather than forsake the word of God, exactly as in Rev. 6. After pulling his wing around him the Lord said, "They know that I am not willing than any man should perish."  Then McKay "freely volunteered" to be sent back! He says, “I wanted to tell everyone, Heaven is a very real place!” 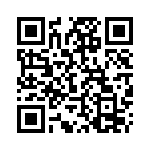