John Splinter has published three books: two on divorce recovery and one on recovery after sexual abuse. The Lord has called him to numerous short-term missions ministries. For a few years he was the chaplain to the Winnipeg Blue Bombers (CFL). He was a founding member of the Network of Single Adults, and is the author and founder of Second Chapter divorce recovery ministries. John is married to his college sweetheart, Marcia. They have three married daughters and seven grandchildren. 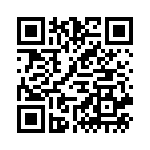