Página 105
... to weep , like a young wench that had buried her grandam ; to fast , like one
that takes diet ; 1 to watch , like one that fears robbing ; to speak puling , like a
beggar at Hallowmas . You were wont , when you laughed , to crow like a cock ;
when ...
Página 242
My mother bows ; As if Olympus to a molehill should In supplication nod : and my
young boy Hath an aspect of intercession , which Great Nature cries , ' Deny not .'
- Let the Volsces Plough Rome , and harrow Italy ; I'll never Be such a gosling ...
Página 428
Faults of others no justification of our own Favourites compared to honeysuckles
Female Friendship Females , cautions to young ones Ferdinand , his swimming
ashore described , 89 ; and Miranda , interesting scene between Filial ingratitude
... 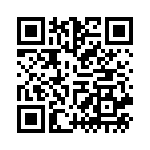