I don’t mind admitting that Alexis de Toqueville’s Democracy in America is quite possible the most demanding piece of exposition I’ve read since Hegel’s Phenomenology of Mind. I suspect it’s one of ... Leer comentario completo

If you have been recently taught American History - that is, the new, negative emphasis on America's wrongs, you need to discover what makes us unique. Tocqueville visited the United States in 1831 ... Leer comentario completo

Arthur Goldhammer is the award-winning translator of more than eighty French works in history, literature, art history, classical studies, philosophy, psychology, and social science. Olivier Zunz is Commonwealth Professor of History at the University of Virginia, and the author of numerous books including Why the American Century? He has also co-edited The Tocqueville Reader (Blackwell) and is president of the Tocqueville Society. 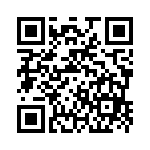