Edmund Burke (1729 - 97) was born in Dublin and educated at Trinity College, Dublin. In 1750 he entered the MIddle Temple in London but soon left law for literature. His Philosophical Enquiry into the Sublime and the Beautiful influenced many writers of the Romantic period. An MP in the Whig Party, he championed the cause of Catholic emancipation and was involved in the governing India.
Conor Cruise O'Brien is Emeritus Professor of the University of Dublin. In 1955 he was Counsellor in Paris and head of the United Nations section on Ireland from 1956 - 1960. He has been a professor at NYU, St Catherine's College, Oxford and at Dartmouth College in the USA. He has written on subjects including Ireland, Israel and the French Revolution. 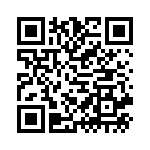