Página 219
Armagh , Clonmacnois , Clonfert , Clonard , Iona , Bangor , and other ancient centers , and which Moville , Clonenagh , Glendalough , Lismore had run its broadest and deepest course and the others , great monastic cities and in a ...
Página 335
To him , of course , rejection meant that she did not care enough for him to be his wife ; and tho from the depths of her torn heart she had longed to tell him it was not true , she could not , lest after the disclosure she be tempted ...
Página 604
Of course it's in my bedroom . ways feel that his association with Queen But can't I get my own son - in - law out of Victoria had something to do with it . the room if I want to ? BLAYDS . I think you're right . It was a ISOBEL . 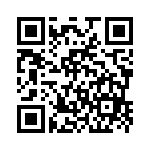