Stephen Buckley is Head of Humanities at Barrow in Furness Sixth Form College, Cumbria and is on the NEC of the PA, with responsibility for developing IT resources. 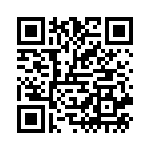