HAZEL M. MCFERSON is Associate Professor in the Department of Public and International Affairs, and Associate at the Institute for Conflict Analysis and Resolution at George Mason University. 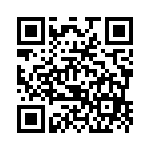