Marilyn C. Baseler is currently Assistant Professor of History at the University of Texas at Austin. 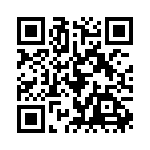