If, as the editors of this book declare in their preface, "all the world has become Shakespeare's stage," its capital nonetheless remains the English theater. From their original stagings 400 years ... Leer comentario completo 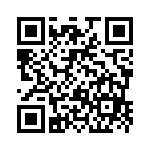