Página 26
At the present time , the following countries are members of the League , each with one vote at meetings , although many countries have more than one member organisation : America , Belgium , Denmark , Finland , France , Germany , Great ...
Página 27
Thus it may be seen that the I.O.L , has , as its main object , the assistance of the countries trying to attain ... the other opticians in the country but would also have been case law in favour of similar actions in other countries .
Página 28
countries . Conversely , with the freedom of practice in Great Britain as an example , other less fortunate countries have a first - hand example for their own progress . As a second aim , which becomes a corollary of what has just been ... 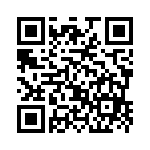