Bill Randall is a servant of Jesus Christ, having been saved by the grace of God on November 1, 1981. He is a retired Command Master Chief (E9), U.S. Navy. He has had past ministry opportunities, including Associate Minister, prison outreach, preaching, bible study and Sunday School teacher, and a myriad of other church outreach efforts. He has also served as area coordinator for the National Day of Prayer for Kenosha & Racine counties (Wisconsin) from 2002-2005, and is the founder of the grassroots organization: "Concerned Citizens for Truth" (CCFT). Bill is an unlikely author of a book on fasting, having been raised in a city known for sumptuous cuisine: New Orleans, Louisiana. But through guidance given by the Holy Spirit, Bill became acquainted with and regularly practices the principles of fasting and prayer. This is Bill’s first book, a work compiled from 1992 through 2005. He has a son (William III), and four daughters (Cherita, Katherine, Gabrielle and Isabel). He and his wife, Wendy, reside in North Carolina. It is their hope that this book is a blessing and encouragement to all. 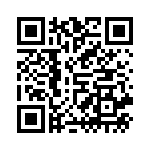