Página 76 - This great nation will endure as it has endured, will revive and will prosper. So first of all let me assert my firm belief that the only thing we have to fear is fear itself — nameless, unreasoning, unjustified terror which paralyzes needed efforts to convert retreat into advance.
Aparece en 786 libros desde 1887-2008
Página 117 - The truth of the matter is that Europe's requirements for the next three or four years of foreign food and other essential products — principally from America — are so much greater than her present ability to pay that she must have substantial additional help or face economic, social, and political deterioration of a very grave character.
Aparece en 297 libros desde 1915-2008
Más
Página 140 - Every gun that is made, every warship launched, every rocket fired signifies — in the final sense — a theft from those who hunger and are not fed, those who are cold and are not clothed. This world in arms is not spending money alone. It is spending the sweat of its laborers, the genius of its scientists, the hopes of its children.
Aparece en 286 libros desde 1945-2008
Página 123 - Second, the Soviet Union, unlike previous aspirants to hegemony, is animated by a new fanatic faith, antithetical to our own, and seeks to impose its absolute authority over the rest of the world.
Aparece en 101 libros desde 1963-2008
Página 75 - The money changers have fled from their high seats in the temple of our civilization.
Aparece en 195 libros desde 1933-2008
Página 117 - Aside from the demoralizing effect on the world at large and the possibilities of disturbances arising as a result of the desperation of the people concerned, the consequences to the economy of the United States should be apparent to all. It is logical that the United States should do whatever it is able to do to assist in the return of normal economic health in the world, without which there can be no political stability and no assured peace.
Aparece en 137 libros desde 1929-2008
Página 43 - security" is a broad, vague generality whose contours should not be invoked to abrogate the fundamental law embodied in the First Amendment. The guarding of military and diplomatic secrets at the expense of informed representative government provides no real security for our Republic.
Aparece en 88 libros desde 1938-2008
Página 267 - Every freeman has an undoubted right to lay what sentiments he pleases before the public ; to forbid this, is to destroy the freedom of the press ; but if he publishes what is improper, mischievous or illegal, he must take the consequences of his own temerity.
Aparece en 410 libros desde 1808-2008
Página 75 - Primarily this is because the rulers of the exchange of mankind's goods have failed, through their own stubbornness and their own incompetence, have admitted their failure, and abdicated. Practices of the unscrupulous moneychangers stand indicted in the court of public opinion, rejected by the hearts and minds of men.
Aparece en 104 libros desde 1887-2008
Página 115 - This means that we are going to continue for a long time to find the Russians difficult to deal with. It does not mean that they should be considered as embarked upon a do-or-die program to overthrow our society by a given date. The theory of the inevitability of the eventual faJl of capitalism has the fortunate connotation that there is no hurry about it. The forces of progress can take their time in preparing the final coup de grace. Meanwhile, what is vital is that the "socialist fatherland...
Aparece en 25 libros desde 1947-2008
Menos

MIKE GRAVEL is most prominently known for releasing the Pentagon Papers—the secret official study revealing the manipulations of successive US administrations that misled the country into the Vietnam War. In 1971, he waged a successful one-man filibuster for five months that forced the Nixon administration to cut a deal, effectively ending the draft in the United States. His publications include The Senator Gravel Edition: The Pentagon Papers, Jobs and More Jobs, and Citizen Power.
JOE LAURIA is a New York–based journalist. He has covered foreign policy at the United Nations for nearly two decades for numerous newspapers, including the Boston Globe, the Montreal Gazette, and the Johannesburg Star. His articles have also appeared in the Sunday Times of London as part of its investigative unit, the New York Times, the Washington Post, New York Magazine, and the Huffington Post, among other publications. 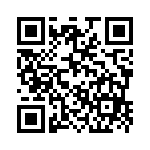