A key player in the war mobilization that started in this country in 1940, Robert P. Patterson was in the forefront of the enormous national effort needed to make the United States the arsenal of ... Leer comentario completo 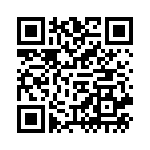