Gulliver's Travels is one of the single greatest works I've ever read. It's hilarious, insightful, educational, filled with action, adventure and comedy. I can't think of a single thing I would change about this work. Leer comentario completo

Jonathan Swift was born in 1667, the son of Anglo-Irish parents. After an education in Ireland, Swift moved to England where he reluctantly chose a career in the church. There, he worked for Sir William Temple, in whose household he met Esther Johnson. The two fell in love, but were never publicly married. While in England, Swift discovered his talents as a satirist, producing texts such as "A Tale Of A Tub" and "The Battle of the Books" (1704). At age thirty-one, Swift returned to Ireland as chaplain to a lord justice. Swift maintained his energy and wit and, later in life, wrote "A Modest Proposal" (1729) and GULLIVER'S TRAVELS (1726). Swift died on October 19, 1745. 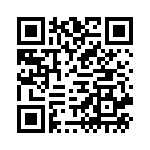