David L. Kirp is Professor of Public Policy at the University of California at Berkeley and the author of fourteen books, most recently Almost Home: America's Love-Hate Relationship with Community.

Jonathan VanAntwerpen is Director of Communications and Program Director at the Social Science Research Council. He is editor of The Immanent Frame, an SSRC blog on secularism, religion, and the public sphere. 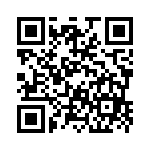